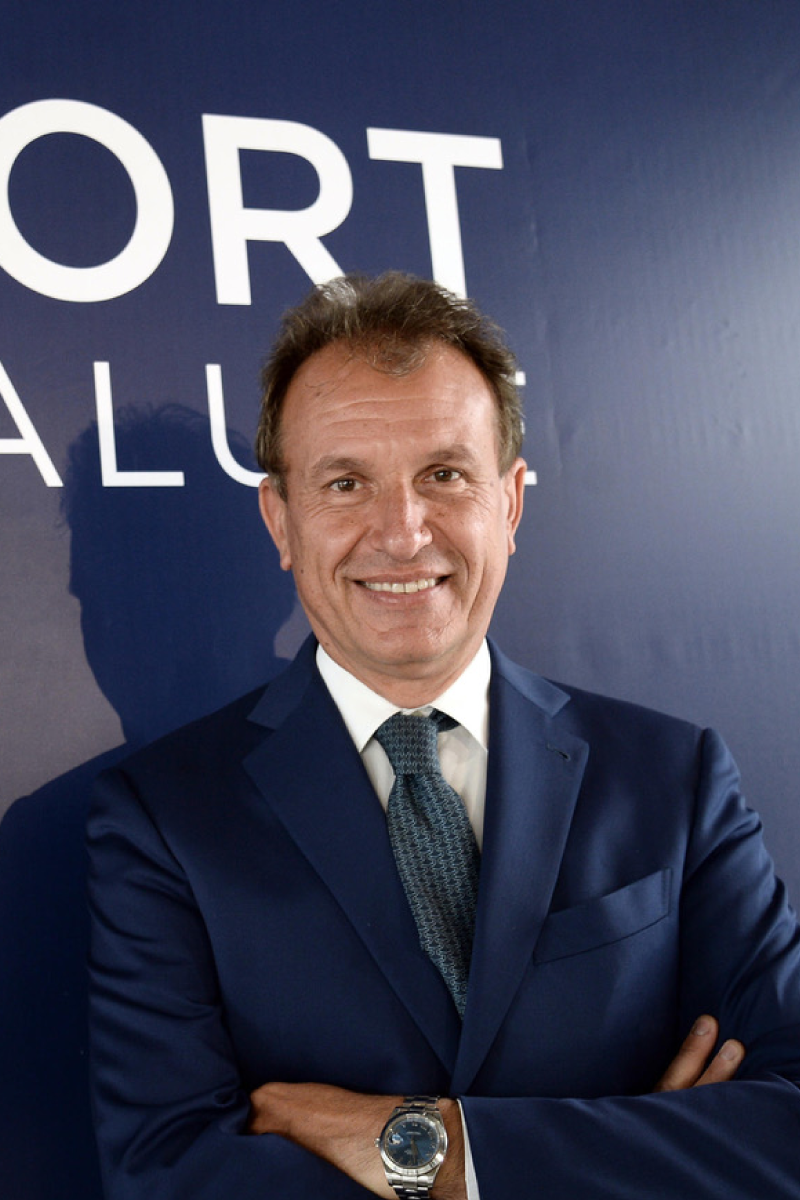 Born in Bari on 15 September 1964, he graduated in 1988 with a thesis in Constitutional Law entitled 'The relations between the members of the Chambers and parliamentary groups' at the University of Rome La Sapienza with Professor Leopoldo Elia. Still in 1988, he became a freelance journalist. Since 1991 he has been a university lecturer on an ongoing basis, first until 1995, lecturing as part of the Administrative Law Chair held by Professor Franco Ledda, at the Faculty of Law of the University of Rome 'La Sapienza', on the subject of 'Administrative Procedure'. Teaching activities then continued at the Faculty of Economics of the University of Trento, Formez, Department of Institutions and Society of the University of Perugia, Faculty of Political Science of the L.U.I.S.S. of Rome, Fordham University, The School of Law of New York (as a Visiting Foreign Fellow) on the subject of 'The Italian Parliamentary System', George Washington University Law School of Washington D. C Fordham University "The School of Law" of New York, Scuola di Polizia Tributaria della Guardia di Finanza, University of Florence, Department of Science for Economics and Business, Link Campus University of Rome. Since 2011 at the School of Government of the LUISS University of Rome he has held the course on constitutional bodies and since the academic year 2014-2015 he has been contract Professor of Public Law at the Faculty of Economics of the Libera Università Mediterranea Jean Monnet of Bari. In May 1991, as the winner of a competitive examination, he was appointed Parliamentary Councillor of the Chamber of Deputies covering numerous positions such as Chief Councillor of the General Affairs Office, Secretary General, Chief Councillor and finally Head of the Chamber of Deputies' Attorney's Office, a position he held until February 2014, when he became Head of Cabinet in the Ministry of Economic Development until May 2016. From July 2016 he was Parliamentary Counsel and Head of Security Service in the Chamber of Deputies until June 2018. From June 2018 to September 2019 he returns as Head of Cabinet at the Ministry of Economic Development and also at the Ministry of Labour and Social Policy. From September 2019 to February 2020 he remains Head of Cabinet of the Ministry of Economic Development. In the course of his career, he has published, in addition to numerous essays and articles, a number of monographs resulting from the experiences gained during the positions held: - I gruppi parlamentari nella transizione del sistema politico-istituzionale. Le riforme regolamentari della Camera dei deputati nella XIII legislatura, Giuffrè, 2002. - Procedures of privatisation: the divestment of Telecom Italia, Giuffrè, 2004. - Development and innovation. Ideas, experiences and policies for the competitiveness of the country (with a preface by Giovanni Pitruzzella), Jovene, 2017. - Amministrazione straordinaria delle grandi imprese in crisi. Operating Manual, Jovene 2018. Since 26 March 2020 he has been President and CEO of Sport e Salute S.p.A. Since 23 July 2020 he has been on the Board of Directors of Engineering Ingegneria Informatica S.p.A.